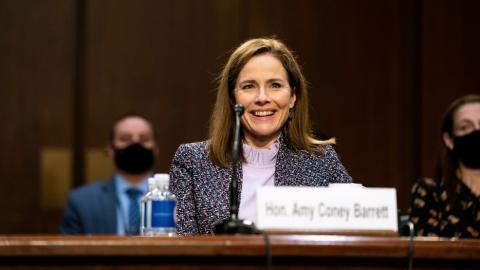 Most Americans are focused on Amy Coney Barrett’s potential confirmation to the Supreme Court and its effects on major issues like healthcare, but landowners and agricultural producers should be focusing instead on how her confirmation could impact future environmental rulings.

In 2000 the Supreme Court expanded the ability of citizens to bring environmental lawsuits to federal court; the majority ruling stated that a plaintiff did not need to prove actual harm to have a standing to sue. Although Barrett does not have an extensive history in environmental and administrative law cases, she penned a contradicting opinion in the Chicago-based 7th U.S. Circuit Court of Appeals. She stated that ‘concerned bystanders’ seeking to protect the environment could not bring lawsuits to federal court. This ruling has made it significantly harder for environmental groups to sue as most lawsuits originate from individuals who do not even live in the area affected.

Barrett is known as an ‘originalist,’ which means that she believes the Constitution should be applied as written. The contrast between Judge Barrett and the late Justice Ginsburg is evident on numerous issues; given their stark differences Barrett’s nomination promises to transform the Supreme Court. In her opening statement to the Senate Judiciary Committee Barrett stated that the courts are “not designed to solve every problem or right every wrong” and that the public should not expect courts to make policy decisions nor should the court try to. There are several significant environmental cases that may be heard by the Supreme Court in the coming years; even though it is impossible to predict how Barrett might rule on any given case, given that she clerked for the late Justice Antonin Scalia, her appointment may be a major win for landowners and agricultural interests.