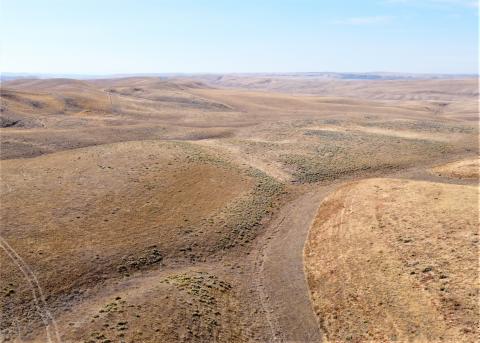 The Conservation Reserve Program (CRP), administered by the USDA’s Farm Service Agency, is the largest land retirement program in the United States. The voluntary retirement of land provides numerous benefits related to soil erosion, water quality, wildlife habitat provision, and other environmental services. Landowners typically retire their sensitive cropland for 10 to 15 years in exchange for an annual rental payment. CRP acreage enrollment has fluctuated over the years from an all-time high of 36.7 million acres in 2007 to a low of 22.4 million acres in 2019, but the Agriculture Improvement Act of 2018 reauthorized CRP through 2023 and will gradually increase the cap to 27 million acres.

The Economic Research Service published a report in January detailing the findings from a study of the fate of 7.6 million acres that expired from CRP between 2013 and 2016. The expiring contracts were geographically dispersed and, in most states, less than half of the expired acres were subsequently enrolled. There were notable exceptions, including Idaho which saw 51% of land reenrolled. Of the 7.6 million acres that expired, 4.89 million acres were either not approved for reenrollment or chose to voluntarily leave the program.

81% of the former CRP land was put to some type of crop production, of which 57% transitioned to annual crop production. The conversion of CRP land to crop production tended to be concentrated in the Corn Belt and on existing continuous CRP land. Many factors drive post-CRP land use outcomes, including prevailing market conditions for different types of agricultural products. The most common annual crops grown on expired CRP were soybeans, corn, and wheat. Land formerly enrolled for a wetland CRP practice had the greatest share of post-CRP annual crop production, while former tree-practices had the lowest.

Some have suggested that expiring CRP land is a prime candidate for organic production systems, since receiving an organic label from the National Organic Program requires that land be removed from conventional production for at least 3 years. Typically, the costs related to this transition period have been commonly cited as a major barrier to organic adoption. The large number of expiring acres returning to crop production suggests that retaining land under the Conservation Reserve Program helps maintain the conservation benefits that accrued from the initial retirement of environmentally sensitive cropland.

We have available for acquisition a large, dryland CRP farm with two years left on the current CRP contract. This family-owned farm lies approximately 18 miles Northwest of Prescott, Washington in South-Central Washington state. The physical address of the farm is 451 Hair Road, Prescott, WA 99348.