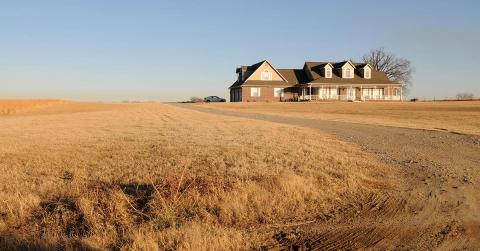 For years rural areas have experienced a ‘brain drain’ as educated, professional Americans left rural areas in search of better pay and living conditions. Small towns lost some of their most talented young people as they migrated to bigger cities for education and training and never returned home.  But this trend has reversed as U.S. cities saw 30,000 millennials, those born between 1981 and 1996, leave in 2018; this was the fourth consecutive year the population of young adults declined.

A 2018 Gallup poll found that 80% of all Americans live in urban areas, but rural life is most desired. Similar trends are occurring throughout the world; The Republic of Korea reported in 2011 that there was an 158% increase in the number of households leaving cities to settle in rural areas. ROK’s Agriculture Minister Suh Kyu-yong believes that city dwellers are packing up and moving to the countryside to “seek a quieter life.”

Today, one in five Americans lives in rural America. Rural means different things to different people and the Census Bureau is tasked to provide the official, statistical definition. The definitions of both rural and urban are updated every decade following the census; based on the 2010 census rural areas consist of open country and settlements with fewer than 2,500 residents. According to the USDA 35% of rural counties have experienced solid growth since the last census. Communities such as the North Fork Valley in Colorado have responded to the economic vacuum left behind by industries like coal and are making a concerted effort to diversify their economy so that they are not reliant on boom-and-bust cycles.

In recent months COVID-19 has only increased this migration trend as adults are now moving out of cities because of the pandemic. Fortune and Survey Monkey teamed up to conduct a survey in August 2020 where over 2,400 Americans were polled. They found that 8% of U.S. adults are more likely to move out of their city, which could amount to millions of Americans moving because of the pandemic. The poll also found that Americans living in urban areas are twice as likely to say they will move compared to those living in rural areas. The exodus is also largely fueled by the lure of remote work; the pandemic is expected to accelerate Corporate America’s acceptance of remote work as a more permanent part of workplace culture.