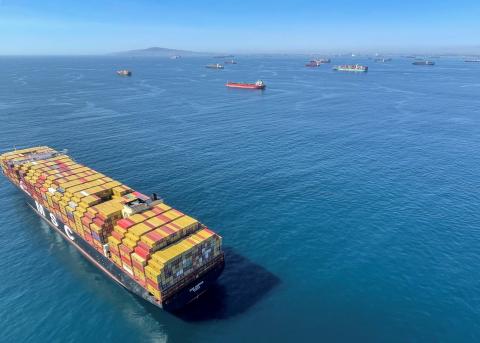 MSC’s decision to add a Portland service comes amidst historic congestion at all of the West Coast’s major hubs. About 25 percent more cargo was shipped from Asia to the United States in the first eight months of 2021 compared with the same period in 2019 pre-pandemic, according to Container Trade Statistics. To break through the backlog, container lines have diverted more cargo to Oakland and Seattle.

Smaller regional ports are also eyeing new opportunities to pick up volume. The remote Southern Oregon port of Coos Bay is planning to build a major container terminal right on the coast, leveraging its dedicated rail line to shuttle boxes inland by intermodal service. Port officials in Coos Bay estimate that the facility, once fully built out, would move over one million forty-foot containers annually in and out via the Coos Bay Rail Line. Additional infrastructure improvements along the rail line would be completed to accommodate double stack container cars.

As the holiday shopping season looms stores are rolling out advertising campaigns earlier to persuade consumers to buy Christmas gifts sooner rather than later. Gap is previewing its gift guides in October in hopes of ‘prodding shoppers to begin making purchases before the holiday gift-giving scramble.’ Mary Alderete, the global head of marketing for Gap, hopes that giving customers the ability to start their shopping early will help ease the holiday rush.