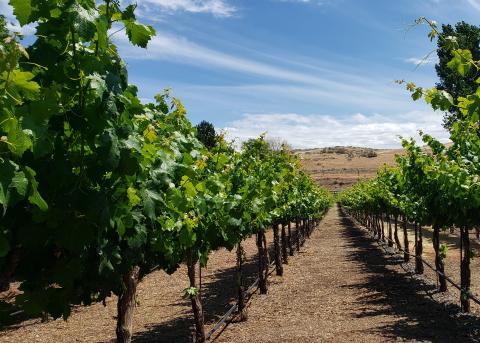 The United States Department of Treasury recently published the final rules for two new wine appellations in Washington and Oregon, which winemakers can now officially use on wine labels!

Mount Pisgah-Polk County, located about 15 miles west of Salem, Oregon, is located entirely within the existing Willamette Valley AVA. It is the second smallest AVA in the Willamette Valley, but one of its most densely planted at 584 planted acres. With this addition, Oregon now has twenty-three federally recognized wine-growing regions.

The second AVA to join the Pacific Northwest is the Rocky Reach AVA near Chelan, Washington, which is nestled wholly within the Columbia Valley AVA. Rocky Reach is unique from almost all other appellations in the Columbia Valley in that it has crystalline basement bedrock, rather than basalt. The AVA is the twentieth approved region in Washington.

HOW ARE AVAs DESIGNATED?

The AVA petitioning and rulemaking procedure is a deliberate process that frequently takes multiple years to complete. The Alcohol and Tobacco Tax and Trade Bureau (TBB) characterizes an AVA as a ‘defined grape-growing region having certain distinguishing features.’

There must be significant evidence that the attributes and microclimate of a proposed region are consistent within the area. Petitioners must also include an explanation of the historical significance of a proposed name. The TBB reviews all petitions before inviting the public to comment on a proposed AVA. Ultimately, it is the TBB’s sole discretion to approve and submit a new AVA to the Federal Register.