Outlook for the 2019 Northwest Cherry Crop 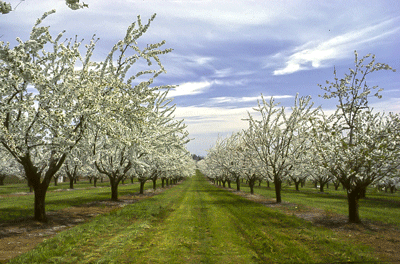 B.J. Thurlby, President of the Northwest Cherry Growers Association, isn’t too concerned about this year’s cherry crop. The cherry orchards haven’t been as affected by the late winter as everyone thought. Because of the record snowfall throughout the Northwest in February that went into March, farmers were concerned about their cherries being damaged. Those worries lead into the possibility of not harvesting at all.

The cherry trees go into a hibernation state when winter sets in and can acclimate to increased cold temperatures. This year the hibernation period was longer than usual due to the long winter so this will push back harvest a couple weeks. B.J. predicts that the late harvest shouldn’t affect the overall amount of cherries that the orchards will produce. The cold late winter did cause some damage to the early varieties, but not enough to forgo harvest all together.

Overall harvest will be late but cherry production should remain close to the same, which is good news for cherry growers.